Thanks to the “Corriere Canadese” for covering this event! 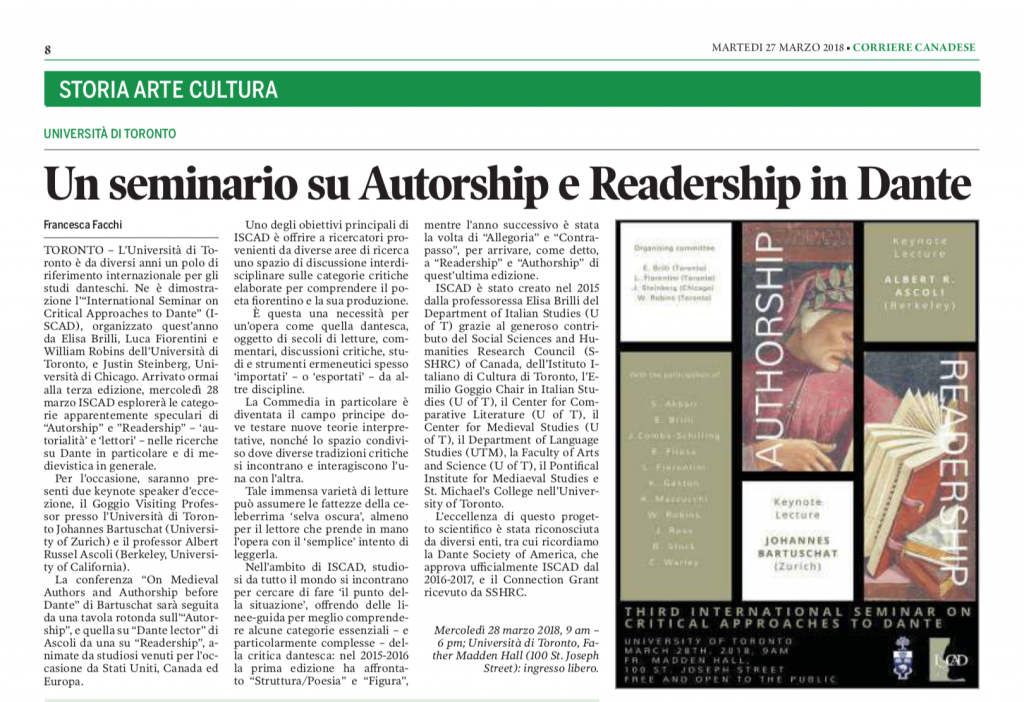 We are pleased to announce the third edition of the 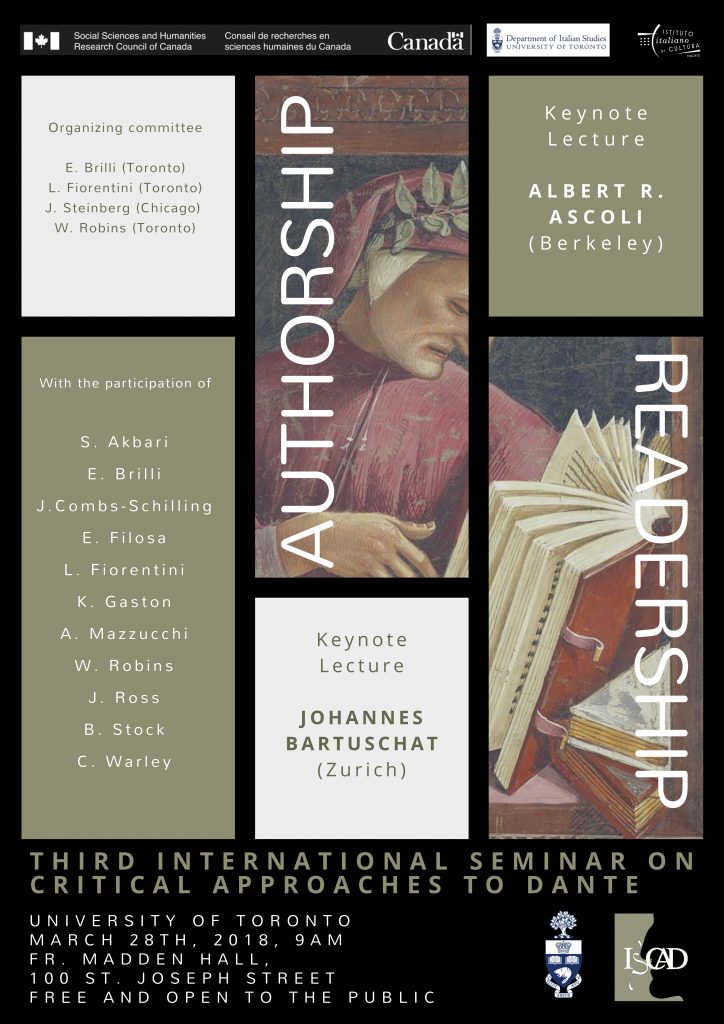 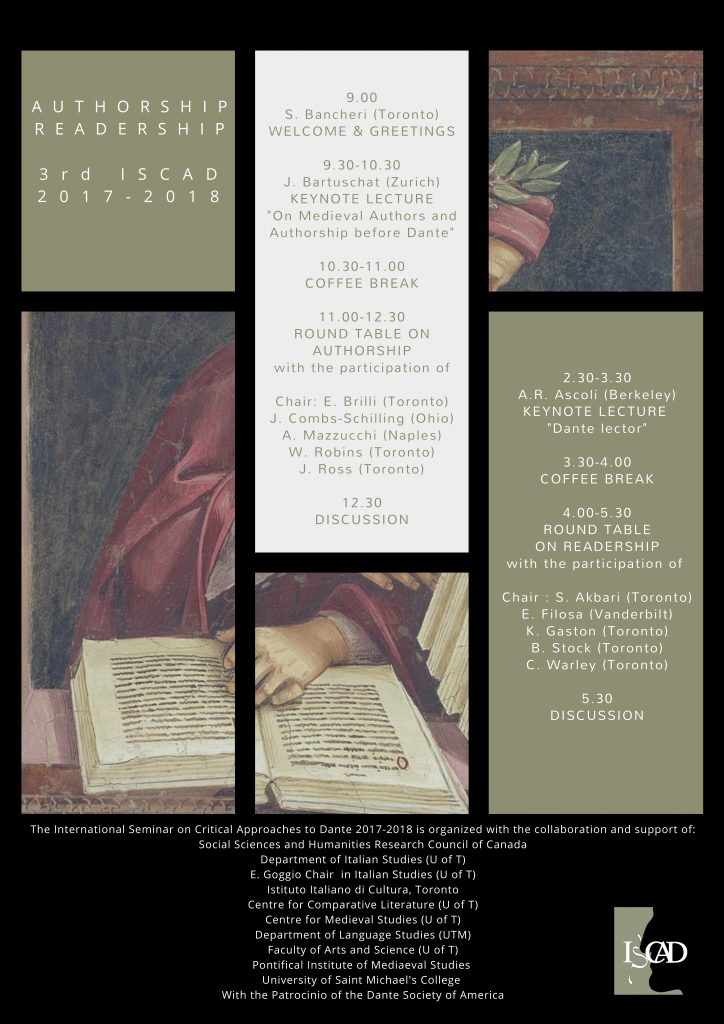 We are proud to announce the following event, inspired by ISCAD’s second edition. Hurry up, if you could not attend it the first time or if you wish to enjoy once more this exceptional screening and live concert !

DANTE’S INFERNO (1911) was the first-ever feature-length film produced in Italy. A surreal and still-shocking adaptation of the most infamous section of Dante’s The Divine Comedy, the film follows Virgil leading Dante through the nine circles of Hell as a framing device for a series of spectacular scenes, striking and unusual visual effects, astounding sets, and a huge cast of extras (often naked or barely clothed). The imagery is suitably Bosch-like in its grotesquerie. Fans of HAXAN: WITCHCRAFT THROUGH THE AGES (1922) will find lots to appreciate. DANTE’S INFERNO makes it clear that Italy was leading the cinematic world in bizarre and horrific imagery long before the days of the giallo.

Keyboardist Maurizio Gaurini joined Goblin in 1975 and has been in various line-ups of the band ever since, contributing to numerous classic soundtracks including SUSPIRIA, BUIO OMEGA, and CONTAMINATION. Maurizio was vital to the rebirth of Goblin in the 2000s, including non-soundtrack Goblin releases such as 2006’s Back To The Goblin and 2015’s excellent Four of a Kind. He has performed with an extensive list of musicians and contributed to many other soundtrack recordings, including Fabio Frizzi’s scores for ZOMBIE and THE BEYOND. Maurizio released his first solo album Creatures From A Drawer in 2013 and his score to Anthony D. P. Mann’s THE YELLOW SIGN was recently released on Cadabra Records. When not on tour with Goblin, he performs with his live project the Maurizio Guarini Circle. His solo score to DANTE’S INFERNO was first performed in the framework of the 2nd ISCAD at the University of Toronto in April 2016 by Italian Studies (UofT), Cinema Studies Institute (UofT), Istituto Italiano di Cultura and the Social Sciences and Humanities Research Council. The Royal is delighted to present this special repeat presentation.

Thanks to our wonderful beverage sponsor Muskoka Brewery.

Listen to the podcast with M. Guarini here. 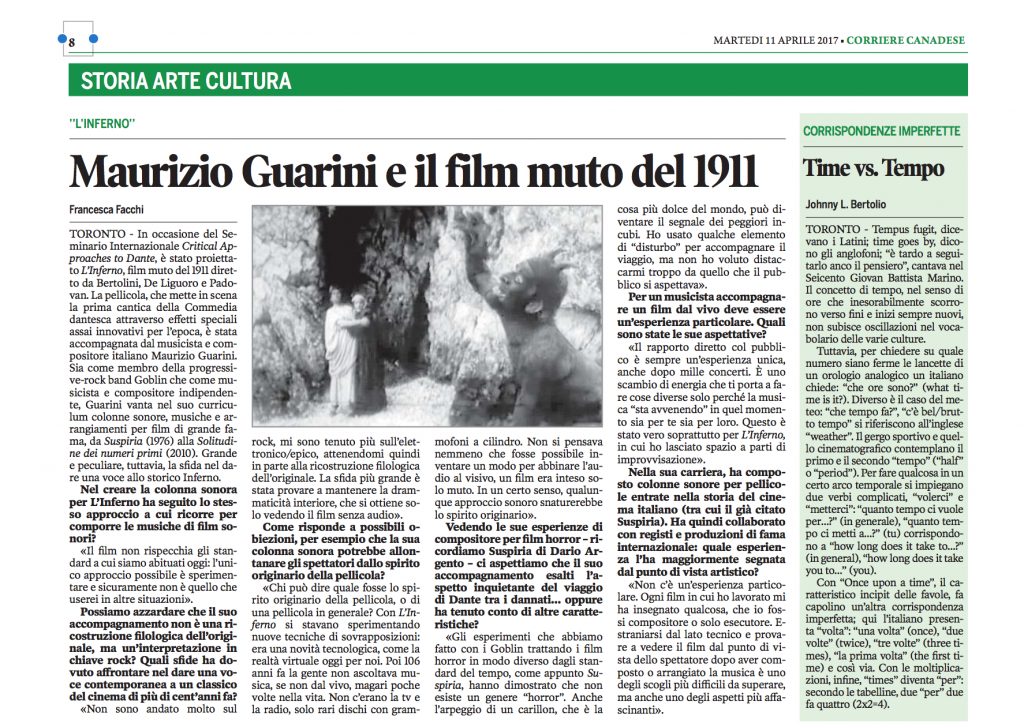 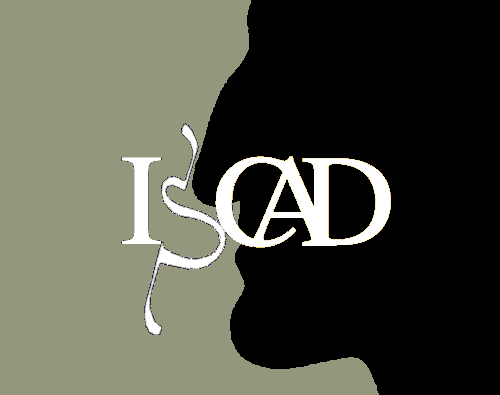 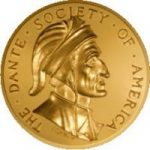